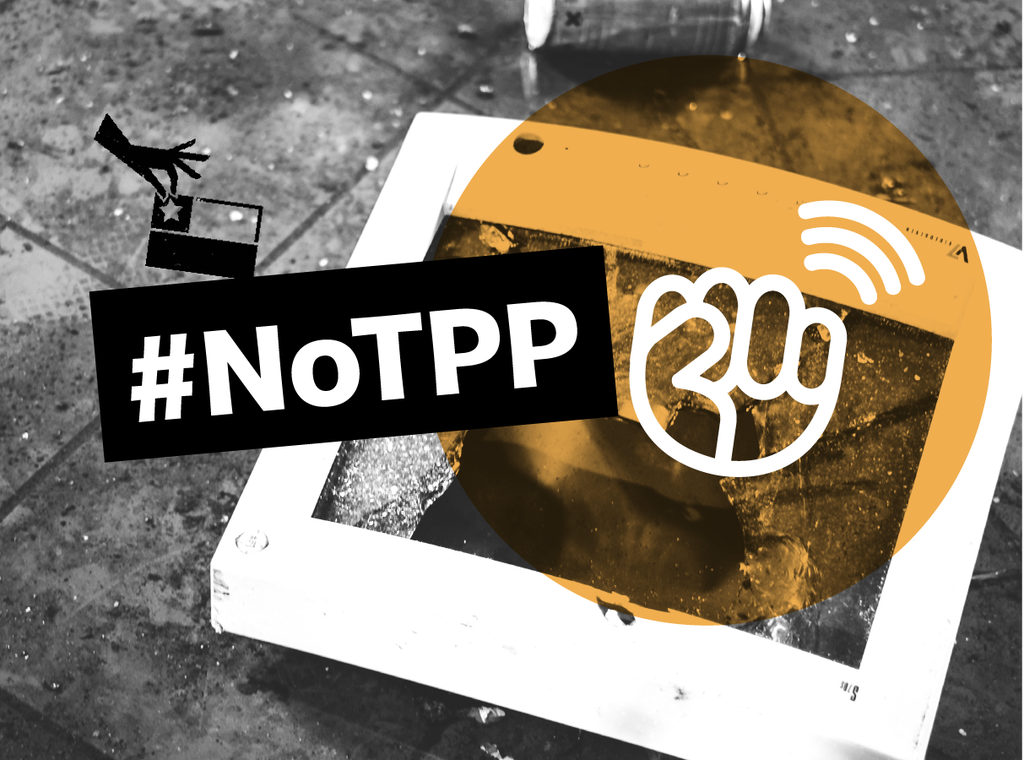 The final text of the Trans-Pacific Partnership agreement, reached by the 12 member countries on October 5, 2105, caused a near-immediate outcry from many within the digital rights advocacy community at what were broadly perceived to be archaic provisions that threatened to further stifle creative activity online. Indeed, such assessments are on point; the released text stipulates the minimum term of protection for copyright and related rights to be the life of the author plus 70 years, and sweeping anti-circumvention provisions similar to those found in the U.S. 1998 Digital Millennium Copyright Act (DCMA) feature heavily. Yet while these provisions are clearly harmful and misguided, in the Latin American context, much of the damage has already been done.

The copyright term of the life of the author plus 70 years is 20 more years than is stipulated by both the Berne Convention (1986) and the Agreement on Trade-Related Aspects of Intellectual Property Rights (TRIPS, 1994), and matches what current copyright law has required in the United States since 1998. For the TPP signatory countries that have thus far resisted amending their copyright terms to match the requirement in the U.S. — Brunei, Canada, New Zealand, Malaysia, Japan and Vietnam – this provision would indeed mandate substantive changes to their local copyright laws. However, the Latin American countries that are also part of the TPP accord – Chile, Peru and Mexico – already all have copyright terms that match or exceed the life + 70 years requirement.

The U.S. has long linked its trade policy to the protection of intellectual property rights (IPR) and has done so through international, regional and bilateral accords. A 2011 UNCTAD-ICTSD report examining the influence of preferential trade agreements on the implementation of intellectual property rights in developing countries makes special note of the prevalence of “TRIPS-plus” agreements that bilaterally enhance the minimum standards of protection that TRIPS affords. Copyright term extensions in both Chile and Peru, for example, are an example of this, as both countries enacted laws stipulating copyright terms to be the life of the author plus 70 years in direct response to bilateral trade agreements signed with the U.S. And, Mexico has the unceremonious distinction of being the country with the longest term of copyright protection for economic rights (life of the author plus 100 years). However, this particular instance of a lengthy copyright term appears to have been motivated largely by local considerations.

Despite the wide consensus among economists, legal scholars and practitioners that ever-increasing copyright terms do not serve the broader public interest, this has not stopped copyright terms globally from going in one direction – up, with the increases most often retroactive. Ironically, the media conglomerates that have benefited most from a rich public domain (like Disney, for example) are the same ones that now lobby heavily to restrict it. Their success in further entrenching copyright extensions in the TPP shows that corporate copyright holders have again proved victorious at the expense of creators, innovators and ordinary users. While there have been repeated calls to scale back copyright terms (including from none other than the current U.S. Register of Copyrights), the signing of the TPP prohibits individual countries from taking this action unilaterally. Therefore, it is difficult to view these provisions of the TPP as anything other than a defeat for user rights and the flourishing of creative industries in the digital environment.

The substantive requirements of the sections on Technological Protection Measures and Management Information appear largely similar to those found in Section 1201 of the DCMA, and neither adequately protect users nor encourage innovation. For example, 18.68 (3) stipulates that the circumvention of Digital Rights Management (DRM) “is independent of any infringement that might occur under the Party’s law on copyright and related rights,” which means that the act of anti-circumvention itself still constitutes a violation, even when no breach of copyright ensues. Chile had previously objected to this provision, but it remains in the final version of the text. In a more balanced copyright system, circumvention would be legal by default and specific exceptions would detail the circumstances under which it is not permitted. What we have here, however, is the other way around.

It is noteworthy that all three Latin American signatories to the TPP appear on the 2015 Special 301 Report, issued annually by the office of the U.S. Trade Representative to assess the state of intellectual property rights (IPR) protection and enforcement in its trading partners. Chile is on the Priority Watch List and Mexico and Peru are on the Watch List. The report makes specific and repeated mention of the TPP as a way of strengthening the protection of IPRs, particularly in the signatory problem countries. This importance that the US has attached to the TPP can in part explain why the enforcement measures (Section I) are so strict.

The final text of TPP now sits with the legislative bodies of each of the signatory countries, and no further changes to the text can be made. A particularly well-founded criticism of the TPP is that virtually all of the negotiations and discussions that have ensued over the past seven years were conducted in total secrecy. Now that the final text has been released, it is our hope going forward that that the national deliberation processes will be conducted in a more open and democratic manner, allowing an array of concerned actors to formally weigh in on whether the broader agreement is in their national interest. Certainly with regard to the rights of internet users and the potential for creativity online, it appears to fall far short of that bar.