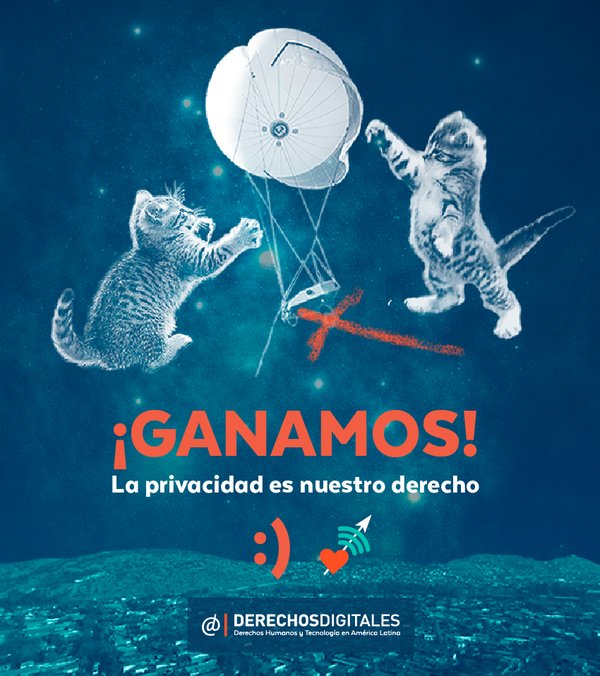 Last Friday, the Second Chamber of the Court of Appeals of Santiago ruled in favour of the constitutional suit filed against surveillance balloons floating over the districts of Las Condes and Lo Barnechea since August of 2015.

By unanimous decision, the Court ordered the immediate cessation of the video surveillance balloons, arguing that they violate the right to privacy and the sanctity of homes, guaranteed in Article 19 sections 4 and 5 of the Chilean constitution.

The surveillance balloons in question are military technology created in Israel and used on the Gaza Strip and in the Mexico-US border. Is a highly intrusive measure: it possesses a 360-degree camera with night vision and a laser pointer, capable of recognising a moving person from a distance of more than 1.5 kilometres, 24 hours a day.

Massive, indiscriminate surveillance measures should not be tolerated in a democratic country under the rule of law, as they risk uncontrolled expansion without taking into account fundamental rights that are being hurt. That is the reason why Derechos Digitales, along with two others local human rights organisations, Fundación Datos Protegidos and Corporación Fundamental (with assistance by Libertades Públicas, A.G.), filed a suit on constitutional grounds before the Court of Appeals of Santiago, so the judicial system could decide the legality of the measures and their adherence to constitutional standards.

Last Friday, the Court of Appeals ruled that neither security nor public transit policies are reasons enough to affect the privacy rights of the petitioners.

In Derechos Digitales we are pleased with the decision of the Court and we believe this is an important step in protecting the privacy rights of all individuals. As the ruling points out, security and privacy are not opposed, so it is critical to require from our authorities to respect higher standards in public policy, protecting constitutional rights and human rights.

The two municipalities can now appeal the decision before the Supreme Court, although the balloons must stop working immediately.