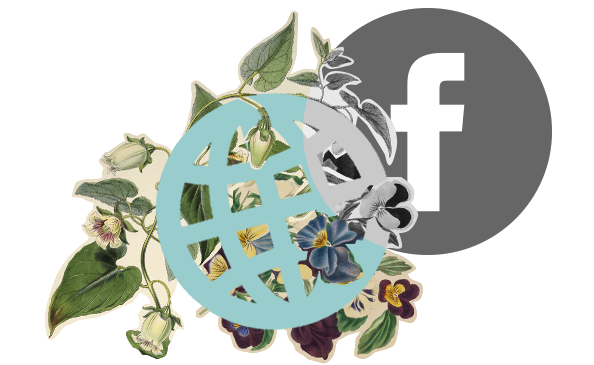 Mark Zuckerberg, the CEO of Facebook, has said that his company’s fundamental mission is to connect people, and thus they will not rest until the five billion people in the world who currently do not have access to the internet are connected to the “network of networks.” To achieve this, Facebook has implemented Free Basics (formerly known as internet.org) in many developing countries, which it assumed local inhabitants would welcome with open arms.

Currently, the service works as follows: Facebook develops partnerships with local internet providers and provides an application that people can use on their cellular phones (not necessarily smartphones) which allows them to gain access to certain services online (including Facebook, WhatsApp, along with others which vary country-by-country) without having to spend any data usage. To Zuckerberg, Free Basics is the boost that poor people need to find value in the internet and decide to spend part of their monthly budget on a connection to the entire internet.

However, Zuckerberg now finds himself at the project’s most crucial juncture. In early December 2015, the Telecommunications Regulatory Authority of India (TRAI) ordered the internet service provider Reliance Communications (with which Facebook had teamed up to offer Free Basics) to temporarily suspend the service in the country. This decision was related to a long-standing controversy over whether a telecommunications operator is allowed to set different prices for different content. Until that is resolved, TRAI not only temporarily suspended the service, but also invited multiple stakeholders to submit comments for their final document that will address this subject.

And from there, the battle begins.

On the one hand, with a campaign aimed at discrediting the views of actors opposed to the project, Facebook has devoted enormous resources towards getting its pro-Free Basics message out through grassroots campaigns, communication channels, and via its own platform. Meanwhile, important members of civil society, academia and the private sector have organised through the “Save the Internet” coalition to raise opposition to Zuckerberg’s project.

Up to this point, a major part of the discussion surrounding Free Basics, along with zero-rating services more generally (both in India and elsewhere) has focused on whether net neutrality is a real and desirable principle for the internet, and whether exceptions to it could be made. A closely related offshoot of this is whether net neutrality is a barrier to or a guarantee for the internet, and more specifically, whether it is economically and politically convenient to allow Facebook and a handful of other business to decide which applications are part of a free internet (and which are not).

However, the discussion today in India illustrates that a purely technical approach is not sufficient if it does not take into account the various power dimensions that are present in the debate.

And, looking beyond net neutrality and access, there is discomfort in how Facebook has carried out the Free Basics project in different countries of the third world: first and foremost, with little or no local participation, and related to this, with a recipe list created by the first world for what internet in the third world deserves, as if white and wealthy men from Silicon Valley know best what countries in the process of development – our countries – need.

Given the political criticism it has encountered, Facebook has responded aggressively. In the eyes of Facebook’s defenders, such criticism is an outgrowth of the anti-American sentiment present in the country. In response, Zuckerberg wrote an editorial in a newspaper in India and described various arguments against Free Basics as “false claims,” prompting a Quartz India entry titled (with some sarcasm), “Mark Zuckerberg can’t believe India isn’t grateful for Facebook’s free internet”.

Free Basics’ reaction included a campaign, along with other offline resources, which was centred around Facebook’s own platform. Just as thousands of activists and organisations around the world use Facebook daily to publicise their advocacy campaigns, Facebook itself decided to use it for a similar purpose. There would be nothing wrong with that, were it not for the alleged barriers that the company imposes on the opposing campaign, Save the Internet, along with other charges.

The allegations of Facebook’s attempts to manipulate local public opinion are disturbing. Yet again, this demonstrates that the battle over Free Basics goes beyond net neutrality, and sheds light on another disturbing political trend found in discussions on rights on the internet: the power of the algorithm.

Making reference to this fact as well as to the power of technology companies, Evgeny Morozov writes that, “we might be witnessing the birth of a new, powerful and highly decentralised approach to lobbying, where citizens merge with the algorithms to neutralise any threat to their cult”.

These complaints illustrate the fragility of our rights when the algorithm is closed, in the absence of any transparency, and highlight the fragility of freedom of expression of thousands of people and organisations that use private platforms like Facebook for activism.

But the issue is especially dangerous when the algorithm – hardly transparent and with the possibility to be politically manipulated – is part of one of the few platforms through with people can access zero-rating services, such as Free Basics. This raises the question of whether it is a valid argument that zero-rating services, under any circumstances, help to enable any rights, such as people’s ability to exercise freedom of expression. It is often forgotten that in question here are very specific services offered by private corporations with complete control over your code.

Facebook’s reaction in the Indian example to arguments worthy of consideration (put forth not only by activists, academia and the private sector, but also the state) suggest that this battle goes way beyond near technical arguments, and instead represents a fight over political power in the country that is Facebook’s second-largest market (after the United States). It is a sort of digital neo-colonialism that abounds in internet policy discussions in which the North claims power without a counterbalance in the South, and it is often large corporations that take precedence over any notions of local sovereignty.

Given that Free Basics is a reality in many of our countries in Latin America, believing that the discussion is only about net neutrality and access can be dangerous: closely observing what is happening in India can help us understand the true scope of “technical” discussions regarding the internet. 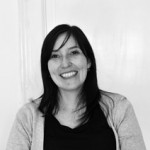