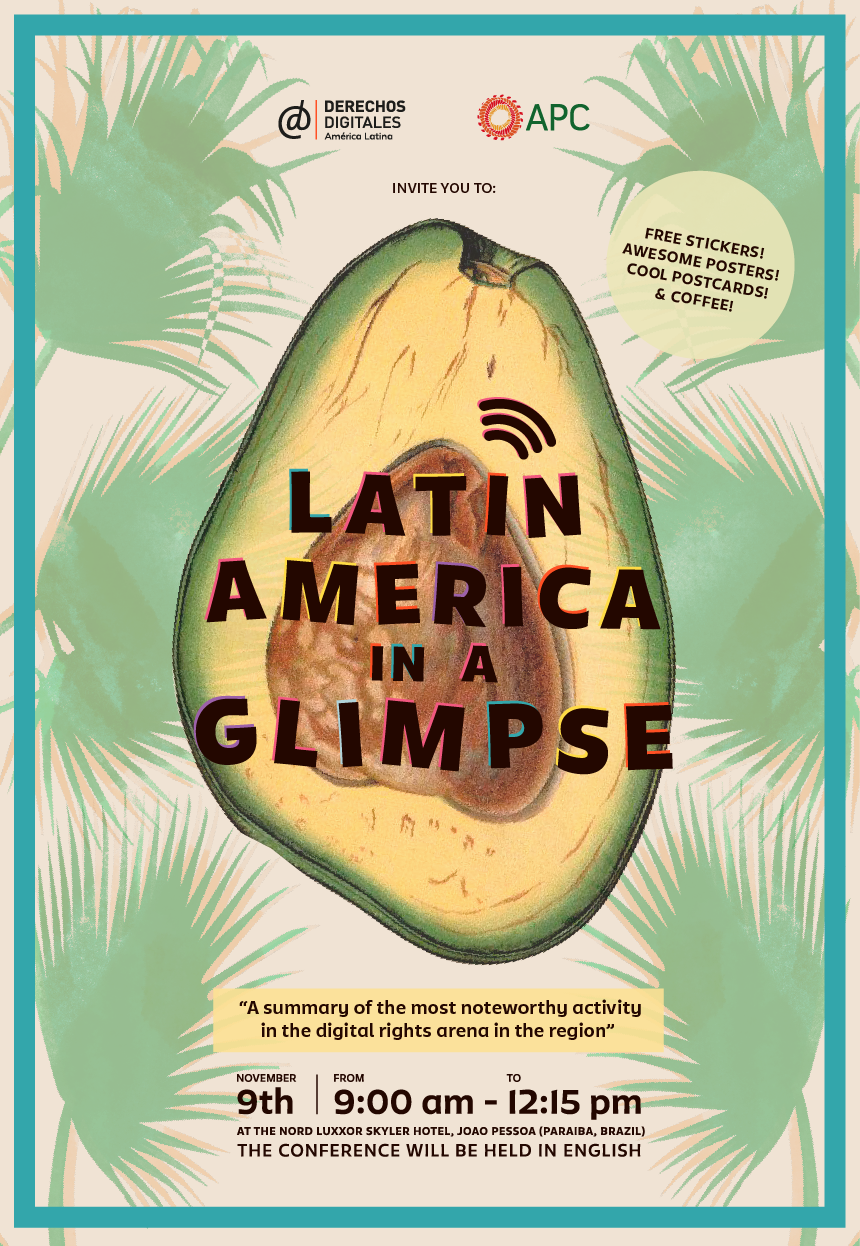 Derechos Digitales and the Association for Progressive Communication (APC) cordially invite you to the release of “Latin America In A Glimpse,” a summary of the most noteworthy activity in the digital rights arena in the region this year. The project was a collaborative effort carried out between Derechos Digitales, APC and Coding Rights (Brazil).

The event will be held on November 9th at the Nord Luxxor Skyler Hotelin Joao Pessoa (Avenida Cabo Branco, 1930, Cabo Branco, Joao Pessoa) from 9:00 AM to 12:15 PM, in anticipation of the Internet Governance Forum that will begin the following day. This is a perfect opportunity for the international community to connect and better understand the reality of human rights on the internet in Latin America.

We will have two conversation tables focused on the most controversial issues that Latin America faced in 2015: the arrival of Free Basics (formerly Internet.org), and surveillance on the internet (with special emphasis on the Hacking Team revelations). Activists in the region will discuss threats and opportunities, and the international community will have the chance to ask questions and engage with organizations around the region.

The first discussion panel, about Free Basics/Internet.org and net neutrality, will be conformed by Luiz Alberto Perin Filho from Artigo 19 (Brazil), Amalia Toledo from Fundación Karisma (Colombia) and Valeria Betancourt from APC as moderator.

The second discussion panel, about internet surveillance on Latin America, will be conformed by Valeria Milanés from ADC (Argentina), Luis Fernando García from R3D (México) and  Claudio Ruiz from Derechos Digitales as moderator.

It would be great if you could confirm your attendance by filling out the form below, but is not required to participate.